Friday, October 10.  What a difference the Sun makes!

This morning was an unusual morning for me, as I headed out to Camberley and my way to teach at Collingwood College. The sun shone! We have had quite a bit of sun through the summer - quite a bit more than last year, they tell me, which was particularly bad. But we're now into autumn, and the weatherpersons' vocabulary is changing noticeably. They now speak of anticipated 'sunny spells'. But despite that, I haven't been noticing the sun much at all on my hour plus train ride to Camberley, mainly because it's barely up, I'm barely awake, and because even when it does get up part way through the journey, it's usually well covered by cloud, fog or at least morning mist. 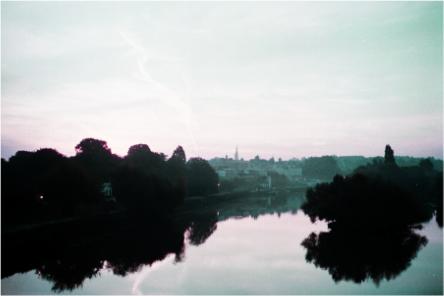 Crossing the Thames at dawn at Richmond... 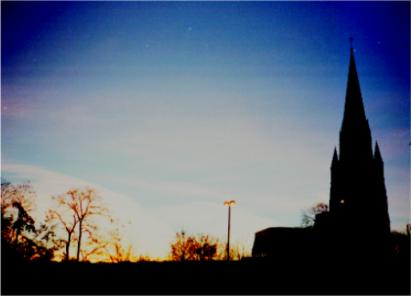 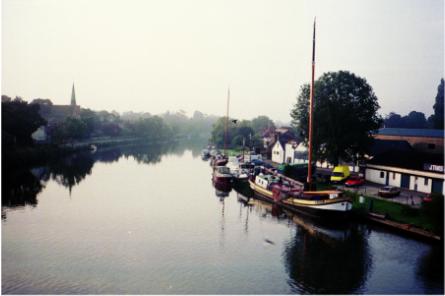 ...and thirty minutes or so later, I cross the river again at Staines. 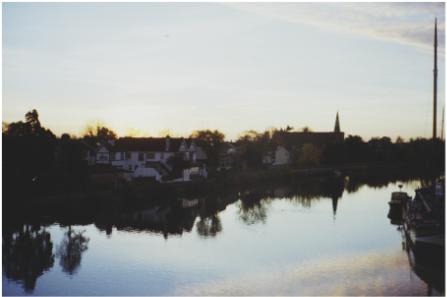 ...and the same spot at Staines in late autumn.

But this morning was noticeably different. As I crossed the river at Staines, I noticed it was brighter that usual, even though the days are rapidly getting shorter. I kept enjoying the view from the train, and began seeing things I hadn't noticed before. The sun started to filter through the leaves, some of which are starting to turn, but most of which are still well and truly still on the trees. The shafts of sunlight gave the forested sections of the countryside through which I travel 3 days a week, an entirely different perspective. It was particularly beautiful. As we passed through the outer suburbs and towns, I enjoyed the early morning sun catching the characteristic chimney pots on the rows of two storey houses. I contemplated on what a difference the sun makes. It makes everything clearer. It brought out the diverse colours of nature. I was enjoying rich, diverse and contrasting colours that I hadn't noticed before. Everything was brighter and more beautiful. I could see further, and everything looked quite different.

As I sat musing on the philosophy of light in our lives and enjoying its fruit on the countryside, all of a sudden I realised the train had been stopped for quite a while at a station that hadn't registered as familiar. Oh no! Despite the different aura that the sunlight was giving it, this was still Ascot - the station where I needed to change trains! 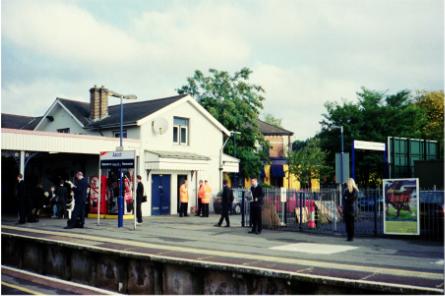 Ascot Station, a short walk from the famous Racecourse. 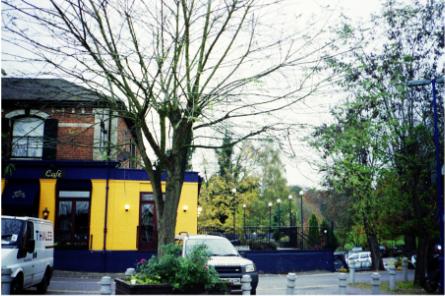 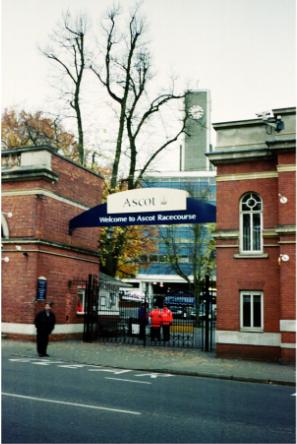 - haven't ventured in yet. I need to visit 'enry 'iggins first.

To miss this connection with the Camberley train would mean missing the first lesson at school, which wouldn't please anybody, so I jumped to my feet, and just got the door open as the whistle was blowing for the train's departure. I've often feared I could dose off, as many do, and miss the connection, but I wasn't prepared for daydreams about the significance of light in our lives, to cause such an inconvenience. That would have made a mockery of the enlightenment my philosophising was espousing. I had been thinking that it wasn't the sun which made the difference, because the sun is always there. Rather it was the clear sky, and our orientation to the sun that makes the difference. It's our love of darkness rather than light, and our propensity for allowing things to cloud the sun, and distract us from its true radiance that leave us with bland and limited vision. Dispel the fog and clouds and let the Light shine!

Anyway, I made the connection, and decided I'd better concentrate more in the future, although the changing weather is unlikely to give me too many more beautiful mornings like this one.

The sun shone all day, and it was beautiful.

As I arrived home, I heard an aircraft sound I hadn't heard before and looked up from our Putney garden. I had my first glimpse of a Concord on its approach to Heathrow. I'm not even sure that they have resumed regular flights yet. I dived inside to grab the camera, (which I'd wished I had with me all day to capture the beauty I'd been enjoying), and caught the Concord just overhead. Of course it was the unusually blue sky that made the plane even visible in the photo. 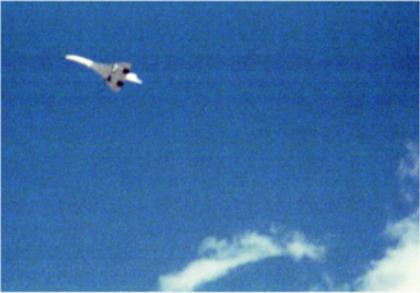