To round off our lightning tour of London inspired by the Woods’ visit, I joined them at Buckingham Palace for the famous Changing of the Guard. We followed the advice of Tuesday’s tour guide and arrived an hour early and took up a prime position on the steps opposite the central gates of the Palace. It was fascinating just watching the assembling crowd. People were finding all sorts of vantage points to witness and photograph this ceremony whose main fascination seems to be that they still bother to do it so religiously. I found myself enjoying the sense of anticipation, but had to wonder why all the fuss. That was until a sudden stirring was heard throughout the growing crowd. The presence of Royalty made all the difference. A convoy of regal vehicles passed quickly across in front of the Palace, and the left hand gates opened promptly to allow the Queen’s vehicle to exit. We were thrilled to have this unexpected glimpse of Her Majesty in bright yellow spring colours as she made her way for what I later discovered was the distribution of the Royal Maundy at Westminster Abbey. 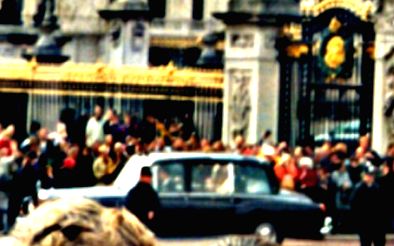 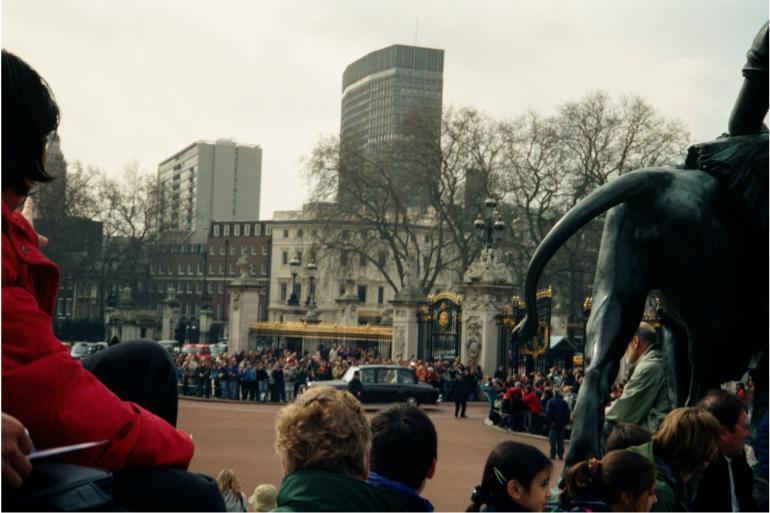 ...But back to all the fuss at the Palace gates. Seeing the Queen seemed to give us renewed enthusiasm for what was to follow. Tired and aching feet were forgotten and the crowd was now in festive mood. Being school holidays, parents were helping children find special vantage points. We couldn't help but notice an amiable Texan tourist go to extraordinary lengths to get a good video of the ceremony. He set himself up on the wall by the lion statues. He even agreed to keep an eye on Deane’s suitcases that were parked nearby, such was his community spirit. Momentarily, however, a rather officious man in what looked like nothing more than a sports jacket, walked briskly through the crowd, barking rather terse commands “Off the wall!” There being no signs or other indications about being on or off the wall, our friendly but assertive Texan simply responded with what seemed to be a perfectly reasonable question, “Who are you?”  The would-be security man seemed unable to deal with this affront to his real or imagined authority and he moved on.

Meanwhile mounted police were parading up and down in front of us chatting to the crowd with friendly smiles. Before long one noticed the group up on the wall, and with the same friendly manner but with the authority of his office and uniform, said those same words, “Off the wall!” The response this time was quite different. As one, everyone jumped down from their vantage points. It was just a question of authority. I think I feel some sermons coming on with titles like “Who are you?” (Text: Acts 19:15 "...but who are you?") or “A Question of Authority” or “Off the Wall!”

In the distance we could hear the sounds of bands warming up and sensed that the real action was about to commence. In due course the historic drama unfolded before us with all its colour and splendour. I felt pleased that they did all go through the motions for yet another crowd of tourists to see how it used to be done, but I must confess, if it hadn’t been for Queen's unexpected appearance, and the music accompanying the occasion, I would have had some doubts about the spectacle. For me, it confirmed that:

1.      Music can turn a ceremony into a celebration

2.      The Presence of Royalty can change the throng's mood from idle curiosity to joyful participation

3.      A man in authority can be no respecter of the persons under it, but a man under it, will only respect a person clearly in authority. 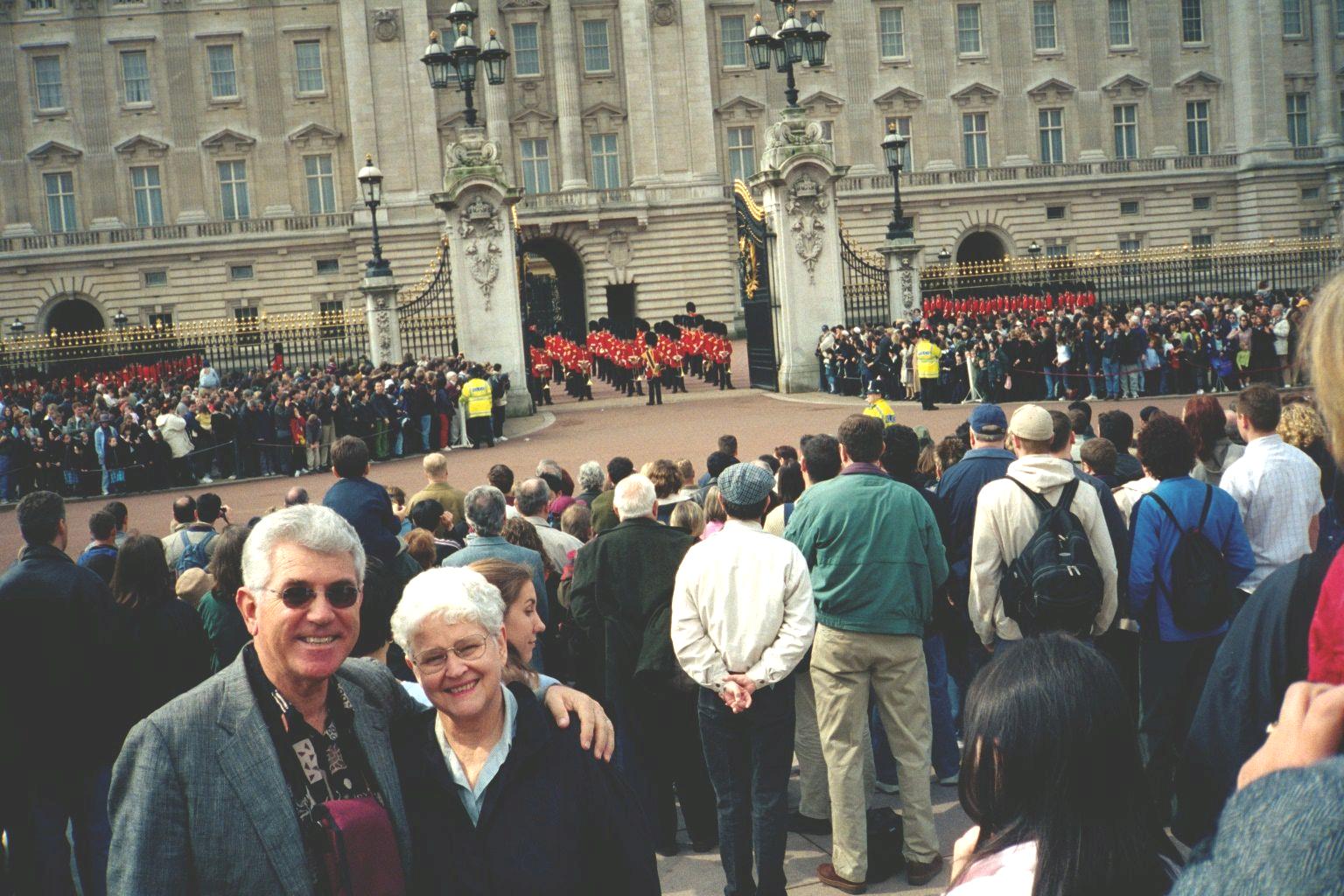 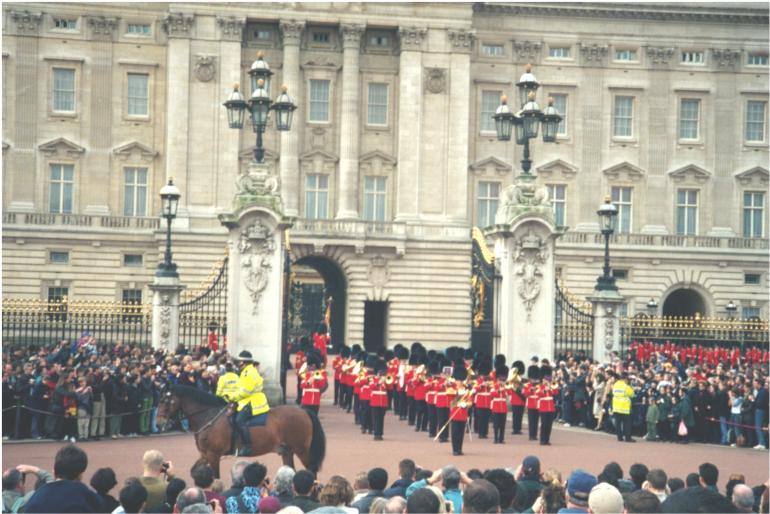