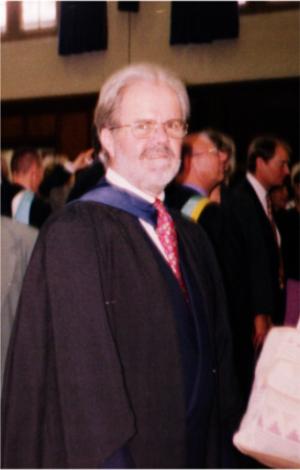 Founder's Day is a formal affair. The staff, in academic garb, process into the church for a service to acknowledge the school's Christian foundation.

The original school, founded in 1573 by Royal Charter of Queen Elizabeth I, was attached to the Barnet Church, which celebrated its 750th anniversary recently. The boys attended chapel services every day in those days. Today the boys have just this one service a year on Founder's Day.

The weather wasn't kind, however. It rained heavily most of the day. Getting gowned in the church hall was fascinating, because the event happened to coincide with a church jumble sale in the church hall. There were 70 or more staff in their gowns in the front rooms and hallways of the hall, waiting to process into the church, and keeping out of the rain, while local shoppers were pushing past us with arms full of lamp stands, pot plants and all sort of bric-a-brac. 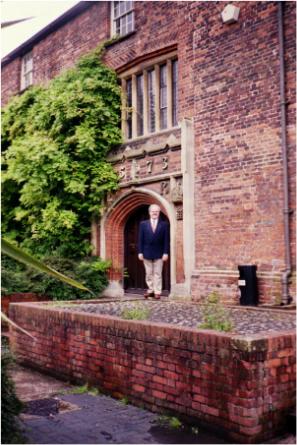 Back at the 'new school', there was a traditional roll call and the reading of the 'Royal Charter'.
It was amazing to hear the history of the school. To me, the school owes much of its continued success to it's acknowledgement of it's history.
I sensed that this has enabled the school to withstand flights of fashion, changing political controls and social needs, and prosperous and lean times, to remain a school that dares to be different, and believes it can still offer an education that is best for the boys. I consider it a privilege to have had this short association with the school. 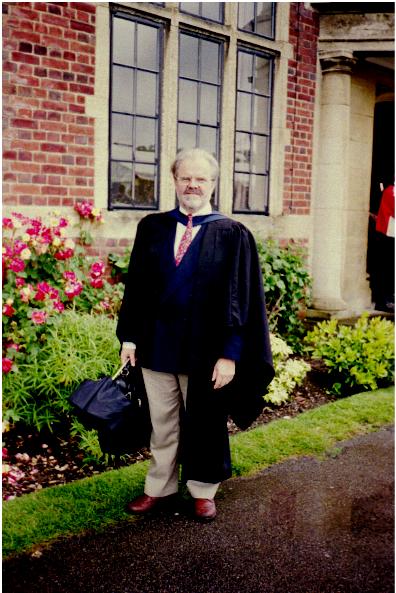 And the Stage Band performed...indoors, unfortunately, because it was too wet outside, as was planned. 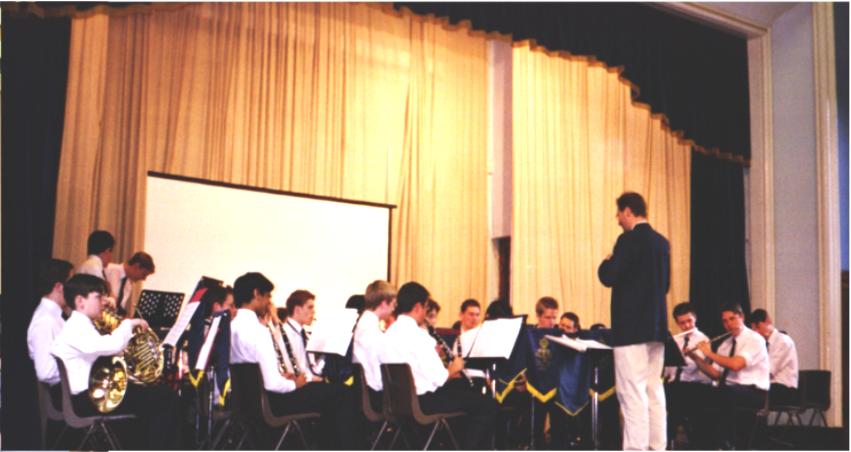